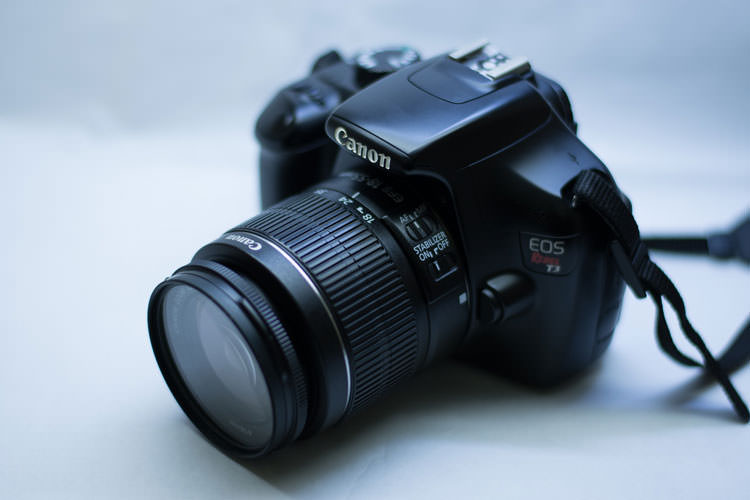 Camera systems can be confusing for photography beginners. Especially since advertisers are throwing around words such as DSLR and mirrorless. I’ll explain the differences between these two camera types, so let’s start with the basics.

What is a DSLR Camera?

A DSLR (digital single-lens reflex) camera consists of light passing through the lens and reaching the camera’s image sensor and viewfinder. The image sensor stores the photo as a digital file instead of on film.

Without getting too much into optical science, the DSLR technology displays nearly the same image in the optical viewfinder as what the image sensor captures by means of the reflex mirror.

This helps photographers see what the camera sees. As opposed to a compact camera, the image reaching the image sensor and viewfinder can be very different.

What is a Mirrorless Camera?

A mirrorless camera’s main advantage is that it’s smaller in size due to the omitted space taken up by the mirror.

In reality, you can’t really go wrong with either camera system. You should be more concerned about the sensor size – more on that later.

However, I will discuss a few differences to take into consideration when choosing between a DSLR vs mirrorless camera.

There is a notion that an image viewed in a DSLR’s OVF is superior quality to that of a mirrorless camera’s EVF: the image you see in an OVF is the same image and light passing through the lens due to the reflex mirror.

On the flipside, the image you see in an electronic viewfinder is different because it is a rendered image that is passed from the mirrorless camera’s image sensor. There is an advantage to this: you see the exact image your camera is about to photograph. A DSLR usually renders a different image depending on the settings.

I wouldn’t worry too much about the viewfinder and the rendered image. Especially since most DSLR cameras now have an EVF via the LCD display.

A caveat of the electronic viewfinder is it causes the image sensor to always be working; this results in poor battery performance for mirrorless cameras.

A great feature of most DSLR and mirrorless camera systems is that they come (through purchase) with interchangeable lenses.

A known fact is DSLR cameras have a much larger line up of interchangeable lenses, especially since companies like Tamron and Sigma manufacture lenses for Nikon and Canon. This results in cost savings through third party, high-quality lenses.

An important difference now between DSLR and mirrorless cameras is image stabilization. Believe it or not, we all have shaky hands to some degree unless one arm is a tripod. And nobody likes blurry photos of pandas.

Image stabilization is often required for sports, wildlife, or chasing celebrities because panning is required.

On the other hand, mirrorless cameras like Sony and Olympus have 5-axis, in-camera image stabilization. This is done by the image sensor compensating the movement of a photographer.

Right now, the verdict is to have the image stabilization technology in the lens for sharper images.

Now manufacturers of mirrorless cameras also utilize phase-detection for autofocus. So AF speed shouldn’t be a problem between the camera system types.

The biggest advantage of mirrorless cameras compared to DSLRs is their size and weight – this holds true for the most part but the advantage is limited nowadays.

For example, take a look at the bodies of the mirrorless Sony A7R III and the DSLR Canon EOS 5D Mark IV. They are both full-frame cameras (same image sensor size). From a visual standpoint, the Sony camera appears to be 25% smaller than the Canon.

In addition, the weight of the Sony is 657 g whereas Canon’s is 890 g (including both the battery and memory card). The Sony A7R III is 26% lighter than the Canon EOS 5D Mark IV.

The size advantage of mirrorless cameras becomes less advantageous after adding a lens. The below cameras consist of the same cameras as above plus the DSLR Nikon D850. All the cameras have a 50mm lens attached.

Personally, I like the larger body of a DSLR because I am less likely to drop it like a phone.

With 100’s of camera models in the market, comparing camera sizes and weights can be manipulative. It’s better to verify yourself at Camera Size.

What is the Difference Between a Full Frame and Cropped-Sensor Camera?

There are different sensor sizes in cameras: full-frame and cropped frame (or crop-sensor or cropped sensor). Full-frame cameras have an image sensor of 36mm X 24mm, usually referred to as 35mm. The name comes from the typical width of film roll which is 35mm. Cropped-frame sensors vary in size depending on the manufacturer. The Canon Rebel T5i has a cropped sensor of 22.3mm X 14.9mm, whereas the Nikon D7100’s sensor is 23.5mm X 15.6mm.

Why Choose a Full-Frame Camera?

Full-frame cameras provide better image quality. The quality of megapixels on the sensor is better. They shoot better in low light at higher ISOs. The images produced have less noise. More of an area can be photographed due to the sensor size. There are trade-offs. Full-frame cameras cost significantly more than cropped-sensor cameras. Full frames are bigger and heavier to carry around.

One can also argue to invest more money in higher quality lenses than a higher quality camera body. This debate can go on and on. Keep in mind cropped-sensor cameras still provide high-quality images. Cameras only take the image; you make the photo.

How to Buy an Entry-Level Camera for Beginners

Investing in an entry-level camera will improve your photos significantly compared to a point-and-shoot camera. Keep in mind you will have to invest some time in learning the functions of a camera system before you can utilize the features. You don’t need to spend over $1000 on a camera kit but you do get more bang for your buck. You want a camera body that fits comfortably in your hands and has at least the following features:

Most entry-level, camera-lens systems have the above features.

Start off with the standard 18-55mm lens for normal range photos.  For taking photos of distant subjects, buy a telephoto lens in the range of 55-300mm. You can also buy just one lens, which has the standard and telephoto zoom of 18-300mm but will cost more money on average.

Buying the correct lens really depends on what your preference is and what you’re looking to photograph. You’ll also want a lens that has a shake reduction feature that reduces blurry photos due to hand/camera shake.  Canon has a line of IS (image stabilization) lenses and Nikon has a line of VR (vibration reduction) lenses. Both of these lens lines are very effective in reducing blurred images. Make sure to verify the compatibility of the camera body with the lens.

Keep in mind that camera bodies depreciate in price faster than lenses.  Invest more money in lenses than a camera body.  Try investing about 1/3 of your budget on a camera body and the remainder on a lens or two. You may also want to consider buying a used camera and lens to save money.  Many stores sell camera and lens packages. Once you master your camera and improve your photography skills, it is highly probable you will replace your entry-level camera.