Home » Blog » Photography » What is Aperture in Photography? F-Stops, Depth of Field

What is Aperture in Photography? F-Stops, Depth of Field

“Light turns the ordinary into the magical”

Light is what makes a photograph, whether by its presence or its absence.

No photographer can get the desired image unless they understand the light that reaches the camera sensor, both the quantity and the quality.

While the quality of light is subjective and left to the audience for their judgment, the quantity is something over which the photographer has complete control.

This fundamental principle is what makes understanding aperture important in photography. Being able to control aperture and understand its effects on the final image will allow you to control light itself and create the perfect composition.

Let us have a look at what aperture means and what you can do with it.

Meaning of Aperture in Photography

In simple terms, aperture refers to the ‘opening’ of your lens, the hole through which light enters and travels up to the image sensor. It is one of the three factors — along with shutter speed and ISO — which decide how your photo will look.

If you imagine a vintage pinhole camera, the aperture is actually the hole itself, and acts as the entrance for light.

Without an aperture, there is no door for the light to come through, and thus there can be no image. With a large aperture, there’s a lot of light coming in.

In photographic terms, the aperture is a characteristic of the lens and can change. It is denoted by an f-number or f-stop, for example, f/2, f/5.6, f/8, etc.

We’ll learn more about how these numbers affect the quantity of light after a short biology lesson.

How Does Aperture Work?

To understand how aperture works and why it impacts your image in massive ways, you need to understand the world’s most advanced camera — the human eye.

Even our eyes have their own biological aperture called the ‘pupil.’ That’s right.

The small black spot in the middle of our eyes is the human aperture and keeps changing in size, depending on our surroundings. In bright light, the pupils automatically shrink — which is the same as reducing the aperture — to let in less light.

The next time you squint your eyes in the middle of summer, remember that your eyes are adjusting their aperture and allowing you to see clearly. Without that squint, the whole scene would be bright and overexposed.

Camera lenses follow the same mechanism. The metering sensor will automatically adjust the aperture, shutter speed, and ISO to ensure that the photo does not turn out too bright or too dark.

How Are F-numbers Related to Aperture?

You would have noticed numbers like f/3.5 and f/8 on your lens and your viewfinder when taking a photo. That is a representation of the aperture.

Because of the manner in which lenses are constructed, the size of the aperture — or the diameter of the hole — often changes with focal length.

For a particular focal length, the lens’ hole can open only up to a few millimeters. When you divide this focal length with the aperture diameter, you get the f-number.

Consequently, a 50 mm f/2.8 lens implies that the diameter of the opening must have been around 18 mm. Conversely, when the 100 mm lens was constructed, and it was noticed that the aperture was about 22 mm, the f-number had to be f/4.5.

Despite the algebra involved, you should try to understand this ‘inverse’ relation. The higher the f-number, the smaller the aperture. This means that on a late evening when you are trying to open up the aperture to let in more light, you will have to select a lower number like f/3.5 or f/2.8.

Let us discuss how to control the aperture.

How Does the Camera Control Aperture?

Now that we have read how aperture translates into f-numbers, we can learn how it is controlled in our DSLRs.

Although the aperture is physically a part of the lens in modern cameras, the control comes through buttons and dials on the camera body. Only a few old lenses still have an aperture ring, which you can turn to directly change the aperture without any buttons.

Note that this is the maximum aperture possible; you cannot open the lens any wider. You can still make it smaller by increasing the f-number, probably until f/22. And this is where the camera dials come into play.

If you are in Manual mode or Aperture priority mode, you will be able to change the lens’s aperture by rotating the dial under your fingers.

How Does Aperture Affect a Photo?

After some algebra and numbers, we’ll discuss how different f-stops affect the photo in this section.

As is evident, aperture affects exposure by controlling the amount of light. So when you are using small (wider apertures) f-stops, you will have to use faster shutter speeds to not let in too much light and overexpose the image.

For sunset landscape shots, you can start with an aperture of f/5.6 and a shutter speed of 1/250, and then see what adjustments are needed.

The principle behind all this is balancing aperture with shutter speed. Unless the two factors are appropriately balanced, the photo will look either too dark or too bright. ISO is also another factor in exposure, but we’re keeping this example simple.

Remember your school lessons; even a small increase in the hole’s diameter will increase the area by a lot (pi x radius squared, anyone?), so your shutter speed will have to be fast enough to compensate for the bright light.

To make it clear, simply changing from f/5.6 to f/3.5 on your lens at 18 mm, means that you are widening the aperture diameter from 3.1 mm to 5.1 mm. Using the πr² formula, you will see that the difference in the aperture area is more than double.

The shutter speed will have to be increased significantly so that this double intensity of light can be countered.

A small tip: turn on histograms in your camera. This will show you whether your image is overexposed or underexposed, and you can then adjust your camera settings accordingly.

Impact on Depth of field

Perhaps the most creative use of aperture values comes from its effect on ‘depth of field,’ which is nothing but the area of your image in focus.

A shallow (narrow) depth will mean that only a small part of your image will be sharp, and the rest will be blurred. ‘Bokeh’ is another name for those blurry parts and often used in portrait photography to make the subject stand out against the background.

By keeping the aperture at a small number like f/2.8, you will let in so much light — like a huge funnel stuck to your lens — that the camera will capture a big spread of objects instead of a tight point.

This means that you’ll get a large area out of focus and a small area perfectly in focus, which is essentially a shallow depth of field. This is classic for portrait photography.

Moving down to f/11 and smaller will shrink that spread of light into a small point, giving you a long (deep) depth of field and sharpness across a long range. This is why most landscape photographers — where you need even far-off mountains to be sharp — use an aperture smaller than f/8.

Aperture is one of the three factors that controls the exposure in photography, along with shutter speed and ISO. Because the aperture is the ‘opening’ of the lens itself, a larger aperture will allow more light to enter, and you will have to balance that with a quicker shutter speed.

Although it can get quite technical, you should remember that f-numbers or f-stops denote your camera’s aperture. A small aperture number like f/2.8 or f/3.4 is larger than f/8 and f/11.

Aperture is important to understand because it will also affect your focus. A smaller aperture is excellent for landscape photography since it will give you sharpness from the foreground to the background, but a large aperture is better for portraits and weddings.

Ultimately, it is all a balancing act. Use a small f-number for a large aperture and a small focus area. Once you have mastered this balance, the light will be yours to control.

Beyond Elephant Riding, Volunteering, and the Selfie Problem 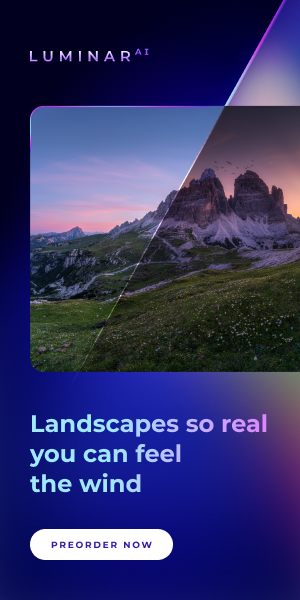