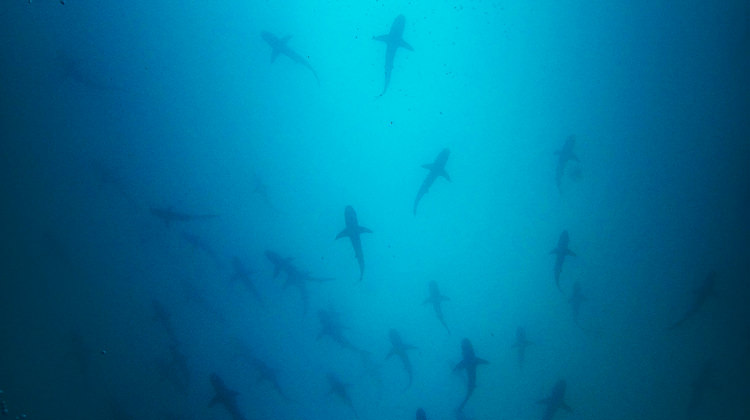 You can see Kicker Rock from Puerto Baquerizo Moreno. It looks close but is actually a 45 to 60-minute boat ride away.

I was fortunate enough to go to this bad boy a few times to record video footage.

I’ve snorkelled and dived in Kicker Rock. I only came here for one reason: hammerheads. I was only able to see one. The hammerheads are around; you may just not be able to see them.

Kicker Rock is one of the main highlights of The Galapagos. It was formed by boiling lava colliding with cold water resulting in an explosion. Many people visit this sight to try and see hammerheads in addition to the rocky structure and its channel. Luckily, it’s not filled with tourists due to permit limitations from The Galapagos National Park.

Bring a decent underwater camera to get the great video footage of Kicker Rock.

To get the best experience, dive, not snorkel. Brave the cold water. And be fearless.