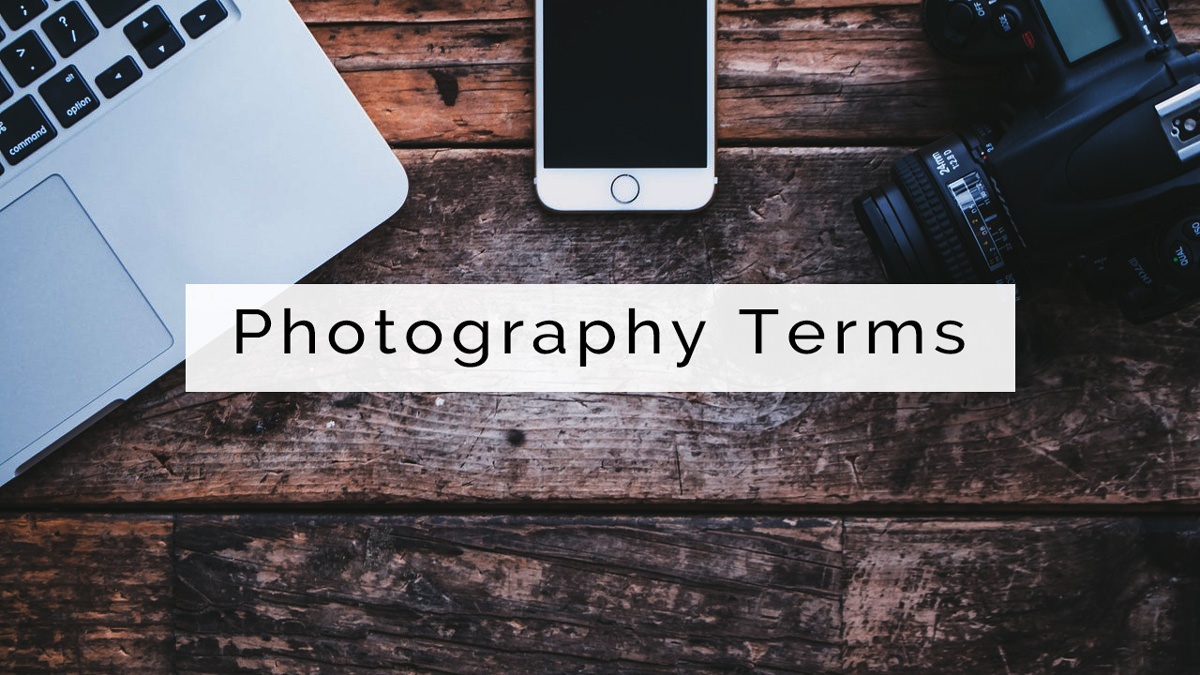 AEB – AEB stands for automatic exposure bracketing. AEB in a camera allows photographers to set and capture multiple photos at different exposure levels by pressing the shutter button only once. AEB comes in handy when doing HDR photography.

Aperture – The adjustable mechanical diaphragm inside a lens that allows light to pass through and reach the camera film or image sensor. The size of an aperture is inversely measured by f  stops: f/2.8 or 2.8 is bigger than f/10 or 10.

Clarity – The midtone or middle tone contrast in an image.

Clipping – Clipping occurs when the highlights or shadows of an image are blown out. On a histogram this is viewable when the tone graph is pushed towards the left or right.

Composition – The view, angle or method a photograph was captured. This is also known as framing the image in the viewfinder.

Contrast – The difference or separation in dark and light shades in a scene or image.

Diopter – A unit of measurement or instrument in the camera viewfinder (dioptric adjustment) to adjust the focus.

DSLR – DSLR is an acronym for digital single lens reflex. A DSLR camera uses a pentaprism or pentamirror to reflect the light passing through a lens into the viewfinder. DSLR cameras photograph images digitally.

Exposure Fusion – A technique used in photography to merge bracketed photos into one photo from a high-dynamic scene. Usually, a photographer uses AEB to capture the same image with multiple exposures and then uses an HDR software to merge them.

Exposure Value – The exposure value (EV) of a camera is the combination settings of aperture, shutter speed, and ISO that controls the amount of light reaching the camera’s image sensor or film.

Focus – Refers to the area a camera and lens  is pointing to that is sharp and not blurry. The meaning is similar when an image or subject is in focus: it’s sharp.

Global Adjustment – Applies an image editing adjustment to the entire image. This is in contrast to a local adjustment, which only affects a targeted area.

Histogram – The histogram on a camera or photography software displays a graph that represents the tonal values of an image.

Image Sensor – The image sensor inside the camera captures the light that passes through the lens to render or make an image digitally.

ISO – ISO is an acronym for International Standards Organization. In photography, ISO is an adjustable setting that refers to a camera’s sensitivity to light. The higher camera’s ISO is, the more sensitive it is to light and will result in a brighter image. Typically, ISO values in modern cameras range from 50 to 102400.

Live View – The LCD screen on the back of a camera that displays the frame or picture coming through the lens. This is opposite to seeing through the viewfinder.

Local Adjustment – Controls the area an image editor makes adjustments to a specific location. This is usually done with masking, local adjustment brushes, and the gradient tools. The local adjustment is opposite to a global adjustment, which affects the entire image.

Mirrorless Camera – As oppose to a DSLR, a mirrorless camera doesn’t have a reflex or relay mirror inside. They often use a direct-line-of-sight (parallel) viewfinder or electronic viewfinder (EVF) instead of an optical viewfinder (OVF).

Parallax – The difference or displacement in vision when viewing an object or area from two different lines of sight.

Pentaprism – A pentaprism is a 5-sided, solid prism inside a SLR or DSLR camera to reflect light into the viewfinder.

Pentamirror – A pentamirror is designed with a sequence of mirrors to reflect light inside a SLR or DSLR camera into the viewfinder.

Perspective – The dimensions of objects or relative space between them in a scene or photograph as perceived by the eyes or camera. An example is taking a photo of a building from a street corner and the edges of the building will look slanted in a photo.

Saturation – The amount of color or vividness in an image.

Shutter – The mechanical or electronic flap, that opens and closes, and covers an image sensor or film from being exposed to light.

Shutter Speed – The length of time the shutter will be open before closing to allow light to reach a camera’s image sensor or film to photograph an image.

SLR – SLR is an acronym for single lens reflex. A SLR camera uses a pentaprism or pentamirror to reflect the light passing through a lens into the viewfinder. SLR cameras photograph images by film.

Subject – The object or area of focus that you mainly want your viewer to look at in an image.

Tone Mapping – A digital processing technique used to map a set of colors from bracketed photos into one HDR image. The goal is to retain as much detail, color, contrast, and at the same time be able to effectively display the dynamic range on screens that have a low dynamic range (LDR) using an HDR software. This process is different than exposure fusion where mapping is not done.

TTL – TTL is an acronym for through the lens. TTL metering uses light passing through a lens to calibrate the camera or flash.

Optical Viewfinder (OVF) – The viewfinder is a small rectangle display on top of a camera (usually DSLR or SLR) that allows photographers to see the image they are going to photograph. It works by light passing through the lens reflecting off a reflex mirror and a pentaprism or pentamirror.

Vantage Point – The position and angle from which a photograph is taken.

Vibrance – In an image editing software, vibrance controls the saturation only in areas that lack colors. In other words, it only saturates the colors that are dull or lacking color.