Home » Blog » Photography » What is a RAW file in Photography? What about DNG?

What is a RAW file in Photography? What about DNG? 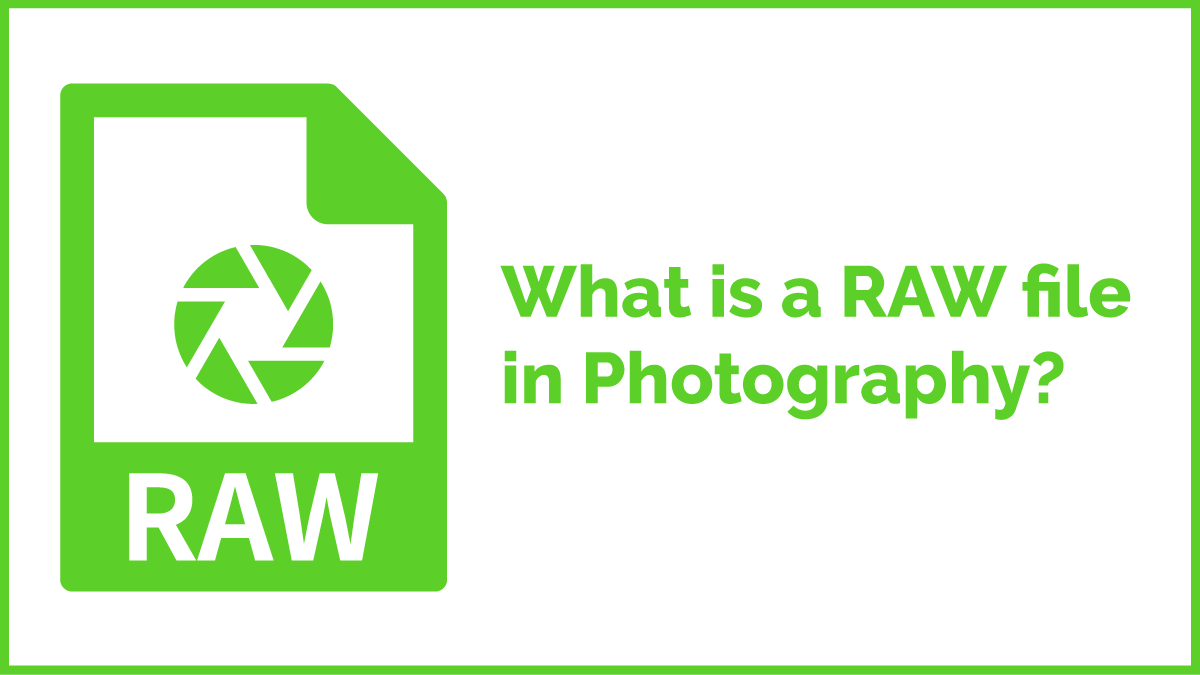 If you’re into photography, you’ll come across terms like RAW, DNG, JPEG, or JPG with experience. You’ll see professional photographers, photography blogs, and websites always recommending to shoot in RAW format. But, what do these technical terms actually mean?

In this post, we will talk about all you need to know about RAW, what it is, and why you should be taking photos in RAW.

What is RAW in Photography?

In simple terms, a RAW file is a digital image file stored on your smartphone or camera memory card. Also called digital negatives, RAW files are minimally processed and uncompressed. Unlike JPEG or JPG files, which can be viewed and printed by photo-editing software, RAW files are proprietary and tied to the camera brand and image sensor.

Every camera manufacturer has its own proprietary RAW format; for instance, Sony RAW files are ARW or SRF, Canon RAW files are CR2 or CR3, Nikon’s are NEF, etc. Examples of RAW image files are image.CR2

What is DNG in Photography?

DNG is typically referred to as the universal RAW file format. It is a proprietary image format by Adobe. Although DNG is an Adobe creation and supports all Adobe applications, premium camera manufacturers such as Hasselblad, Leica, and Pentax adopted this file format for images taken by their cameras as a RAW file format.

With RAW file support, most Android smartphones store images in their memory in the DNG file format. Meanwhile, Apple uses its own proprietary file format called ProRAW (but still with the DNG file extension) on its iPhones. Unlike JPG and RAW, DNG didn’t become popular among camera and smartphone makers because most standard software other than Adobe’s had problems reading the DNG file format. There was also some loss of critical image data.

What is JPG (or JPEG) in Photography?

Typically, photographs taken by a digital camera or smartphone are stored by default in a compressed format on the memory card. The standard format for most cameras and smartphones is JPEG or “Joint Photographic Experts Group.”

JPEG is also known as JPG, and there isn’t any difference between a JPG and a JPEG. The universally accepted file standard adopted by most devices out there is JPG. Said that, unlike a RAW image file, you could take a JPG image and share it to social media platforms like Facebook or Instagram, send it to friends and family over messaging apps like Messenger or WhatsApp, or email it. The sent image can be viewed without the need to edit or change it. Uploaded or published images on websites are in JPG format.

Why Should You Shoot in RAW?

The most significant advantage of using compressed files is while browsing websites. Because the files are smaller, you don’t need to wait for ages for the images or the graphics to load. Emailing JPG images is also practical, as it doesn’t take plenty of inbox space.

That said, there are downsides to using JPG or HEIF files. A compressed image is harder to edit as there isn’t sufficient image data to work with.

Additionally, the cameras also process or tweaks the saturation, contrast, and sharpness of the images before compressing and saving them on its memory card. These modifications, in most cases, can’t be undone, even if you don’t like them.

Meanwhile, a RAW image file comes straight from the camera sensor and is unedited and uncompressed before being saved on the SD card. RAW files require a lot more storage space and are much larger than JPG or HEIF files, almost five times larger. For example, a RAW image file taken by a 20 MP camera is around 20 MB or nearly the same as the number of megapixels of the camera.

You can’t share RAW files with others or upload them to the internet simply because it’s not a universal file standard, and the image file sizes are enormous.

However, there are pros to RAW files. The main one is you don’t lose any valuable image data. As RAW files aren’t compressed and have all the necessary image data, photographers can adjust the color tone of the image or the white balance. With RAW files, you can also change the color saturation and contrast and tweak the sharpness and reduce the noise to make the final image more presentable.

Now that you know what a RAW file is, it’s best to shoot in RAW. This helps preserve image data for improved future editing.

If storage space is an issue with saving RAW files, then cloud storage or an external hard drive are great workarounds.