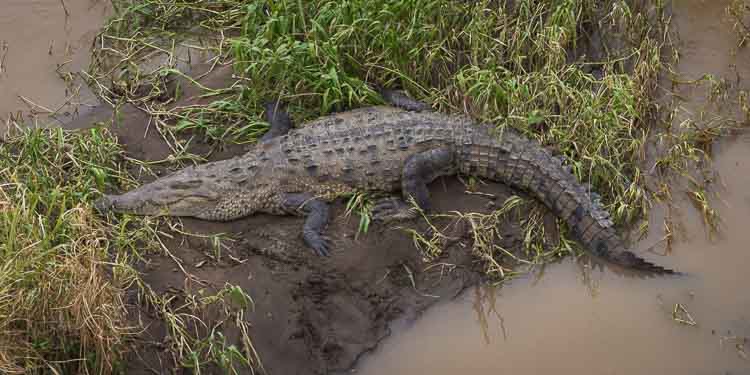 I’ll explain how to get to the crocodile bridge by bus from San Jose.

First, get to Terminal 7-10. It’s also called the New Terminal or Terminal Nuevo by the locals. Terminal 7-10 is located on Calle 8 in downtown San Jose. The terminal is attached to a small shopping mall.

The buses are located on the first floor (ground floor), but you’ll have to buy your bus ticket on the second floor. Buy a bus ticket to Jaco. Make sure to ask the ticket clerk if the bus goes through Tarcoles, in case they change the route.  At the time of writing this blog post, a one-way bus fare from San Jose to Jaco is 2380 colones. Buses depart every 1 to 2 hours depending on time and day.

Board your bus. The bus ushers are good at telling you which bus to get on. Plus, there will be a sign on the bus. Just ask them for help if needed.

When you board the bus, ask the driver to stop the bus at the bridge (el puente) in Tárcoles to see the crocodiles (cocodrilos). The ride usually takes about one hour.

The bus will let you off at the entrance to the bridge. Walk about 15 seconds and you’ll see the crocodiles.

To return to San Jose, wave down the bus on its return trip from Jaco. There is an unmarked, waiting area on the side of the road near the bridge. Pay the driver cash for the fare, should be the same amount.

You’re guaranteed to see crocodiles in Costa Rica’s Crocodile Bridge. If you don’t see any, let me know in the comments section below. From my understanding, it’s the American Crocodile species you will see. 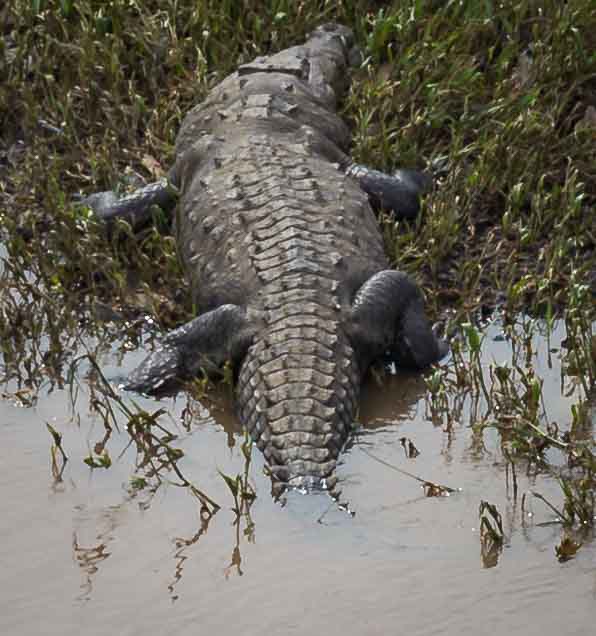 There are also a few restaurants beside the bridge. There was a man selling real coconut water from his car trunk for 500 colones. After you drink it, you can ask him to cut the coconut in half to eat the jelly: it’s a decent snack. 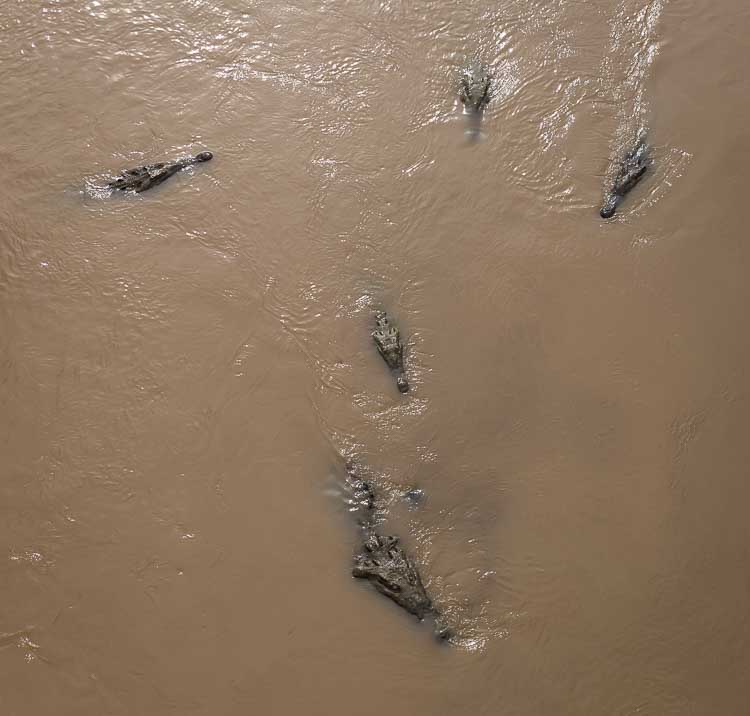 The crocodiles don’t do anything special. They just sun bathe or swim. If you want to see them in action then you may need a tour. A tour guide will use bait to force the crocodile to jump out of the water or maneuver it.  You can find a crocodile tour on TripAdvisor or check out Crocodile Man Tours. I preferred to save my money. But if I had the extra change I would do it.

Alternatively, you can buy fresh meat in San Jose near Terminal 7-10 and go Crocodile Hunter. I am not liable if you get hurt.