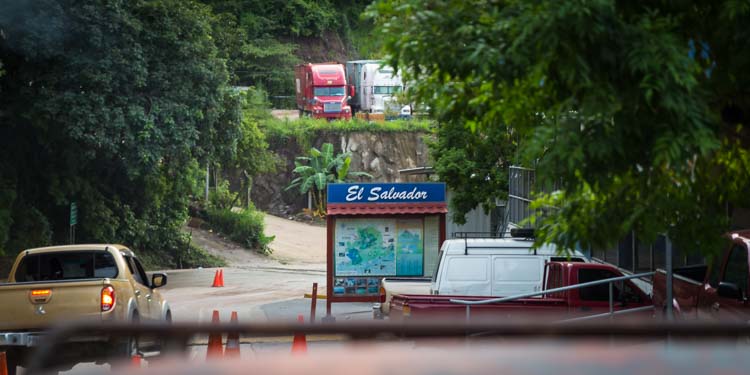 This is my Central America itinerary by bus. I’ve put together some of my transportation costs while traveling around Central America for anyone that may be interested. Technically, Mexico is part of North America, but I started in Cancun Airport.

I had to travel through Central America quickly because of a wedding I had to attend. So, this itinerary is fast paced.

September 20, 2015 – I flew from Toronto, Canada, to Cancun, Mexico. I took the ADO bus from Cancun Airport to the Playa Del Carmen Bus Terminal: I paid 177 Mexican Pesos, but the price was advertised as 12 USD.

Don’t change your foreign currency at the Cancun airport (almost any airport for that matter). Wait until you arrive in town and find a better exchange rate. The Cancun Airport currency exchange rate is piracy.

September 26, 2015 – I took the overnight ADO bus from Tulum, Mexico, to Belize City, Belize: I paid 500 pesos. I paid a departure tax of 25 USD to leave Mexico. After I arrived at the Belize City bus terminal around 8 am, I took the Benque express bus and arrived at San Ignacio: I paid 9 BZD.

September 28, 2015 – San Ignacio, Belize, to Flores, Guatemala: I was supposed to take the bus from San Ignacio to Benque Viejo del Carmen, then a taxi to the border at Melchor de Mencos, but I got lucky. I was with an Italian at the Old House Hostel who was also going to Flores the same day. When we left the hostel around 10 am, I guy was driving by and offered to take us to the border for 5 BZD each. That was a bargain. After crossing the border we took a taxi for 5 quatzales each into town. We then took a chicken bus to Santa Elena for 30 quatzales each. When we arrived to the Santa Elena terminal, we took a tuk tuk to Los Amigos Hostel on Flores Island.

An Unexpected Taxi and Bus Ride from San Ignacio to Flores

October 1, 2015 – I took a few buses from Santa Elena, Guatemala to Santa Ana, El Salvador: The day before, I walked to the Santa Elena bus terminal and bought a 6:30 am bus ticket to Chiquimula for 100 quatzales. The tour operator in Flores tries to sell this same fare for 170 quatzales, but includes a taxi pick-up from the hostel. From Chiquimula, I took the chicken bus to Frontera Anguiatu for 15 quatzales. When I walked over the El Salvador border, I caught a bus to Metapan at 5:45 pm for 0.55 USD.  From Metapan, I wanted to go to San Salvador, but the next bus was next morning. Instead, I took a bus to Santa Elena at 6:30 pm for 0.90 USD.

October 4, 2015 – I took the bus from Santa Ana to San Salvador: I paid 0.90 USD. The bus wasn’t located at the Santa Elena bus terminal. I had to walk a few blocks north and catch the bus at a bus stop.

October 9, 2015 – I took the Tica bus from San Salvador, El Salvador, to Tegucigalpa, Honduras: I paid 20 USD. I caught the Tica Bus at the San Benito terminal. The Bus left at 10:45 am and went to the San Carlos terminal. From there we departed on the same bus at 12 pm to Tegucigalpa. I arrived in Tegucigalpa around 7 pm.

October 15, 2015 – I took the UCA bus from Managua to Granada: I paid 25 cordobas. I was going to the UCA Bus Terminal on Pista de la Resistencia. While I was walking I saw a microbus going south towards Granada at Paseo de la Unión and 28 Calle Sureste, right in front of the McDonald’s. I was able to catch this bus for 25 cordobas. I assume this was one of the buses that depart from the UCA terminal.

October 17, 2015 – I took two buses from Granada to San Juan del Sur: I took a bus to Rivas for 31 cordobas. From Rivas, I took another bus to San Juan del Sur for 20 cordobas. After arriving in San Juan del Sur, one of the guys working on the bus wanted an extra 10 cordobas for my luggage that went on top of the bus. I travelled with a group and we all declined to pay. The guy was mad and eventually gave us our bags.

My Baseball Cap Was Stolen in Granada

October 20, 2015 – This was a mission and the hardest part of my Central America itinerary. I had to take five buses from San Juan del Sur, Nicaragua, to Santa Elena, Costa Rica: You pretty much stay in Santa Elena if you want to visit Monteverde. I took a bus from San Juan del Sur to La Virgen for 20 cordobas. Ask the driver to drop you off at the intersection to the border. I took a bus from La Virgen to the border at Penas Blanca for another 20 cordobas. I had to pay a 1 USD entry fee into the Nicaraguan department and then a 1.64 USD exit fee from Nicaragua. Once I crossed over to Costa Rica, I walked about a kilometer and took a bus from Penas Blanca to Liberia for 1700 colones. I don’t think I needed to do the walk; I should have been able to take the bus directly from the border. From Liberia, I took a bus to a town (or more like an intersection with a gas station) near Santa Elena. Make sure to tell the driver you’re going to Santa Elena. I forgot the price of this bus ride but I think it was about 2700 colones. From here I took another bus to Santa Elena for 2900 colones.

October 23, 2015 – Santa Elena to La Fortuna: I took a shuttle service to La Fortuna. They call the shuttle jeep-boat-jeep because you take a microbus to the lake, then a boat ride towards Arenal Volcano, and another microbus to your destination hotel or hostel. You never actually ride in a jeep. The normal price of this shuttle service is 25 USD. I paid 24. The dollar I saved went towards ice-cream in La Fortuna.

October 29, 2015 – I took the bus from Puerto Viejo de Talamanca to San Jose: I forgot what I paid, I think about 6500 colones. When I arrived at the San Jose Bus Terminal, I took a taxi to my hostel.

November 4, 2015 – My Central American trip came to an end. I already visited Panama the prior year. I flew to Punta Cana, Dominican Republic, for a wedding. Later, I went onto Colombia.